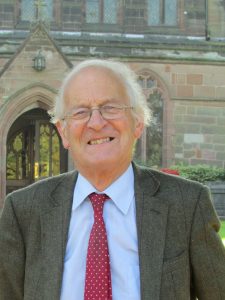 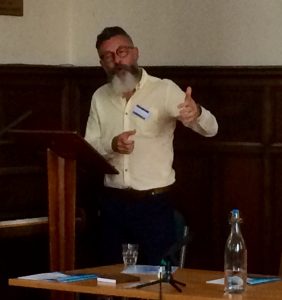 Biography: Paul is a Physics graduate and a qualified teacher. He changed career to become a
producer for ITV Central for their ‘Education and Religion’ Department, initially making science
programmes for schools but broadening this to include a BAFTA nominated series which pioneered
interactive television. Twenty years ago, he formed his own independent company which specialised
in programmes for children, including his Royal Television Society winner ‘Growing Plants’ and BAFTA
winner ‘Thinking Skills’. More recently Paul’s company, Birmingham-based Vyka, has designed and
populated digital platforms that are used by educationalists to distribute video-rich resources.
ReelLearning (RTS nomination, 2016) has thousands of professional subscribers world-wide; Early
Excellence is used in many early years settings complete with its 660 films and ‘Faith makes a
difference’ (RTS nominated 2015 & 2016) filters by need and distributes Religious Education content
through a commercial portal loosely based on the concept of retailer ‘Poundland’. Paul is a trustee of
Birmingham-based charity UFA providing opportunities for thousands of children each year to
improve their access to education. He is ‘the voice’ of some lifts, reversing vehicles, conferences and
public service announcements. 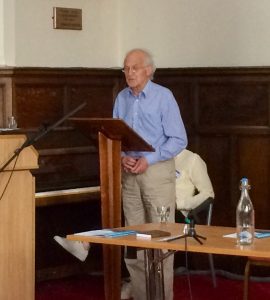 ‘Faith makes a Difference. A Visual, Multimedia Resource for Interfaith Education in Schools’

Abstract: The Birmingham approach to Religious Education grows out of the rich religious life of our
diverse city. In 2007, the Agreed Syllabus Conference, taking the advice of the City’s Faith
Leaders, decided on a virtues-based approach to RE with the balance of study being learning from
faiths rather than about religious traditions. Week by week, children learn from the point of view of
one of Birmingham’s 24 Dispositions, exemplified through a number of religious traditions. As an
example, the Disposition ‘Sharing and being generous’ is illustrated through the work of a local
Gurudwara to feed the community, at a Muslim primary school where funds are being raised for
flood relief and at a Christian church during a Christmas toy appeal. The emphasis is on the
Disposition, interfaith engagement being assured as the response of the three religious traditions is
presented concurrently. The films accompanying the lesson show young people of faith explaining
their tradition with an emphasis on the disposition under discussion. Made on location within
religious communities, films are edited to emphasize the continuity between faiths rather than the
differences between them. We believe that the approach ensures that interfaith values are explored
naturally and interfaith knowledge is imparted in an interesting and non-threatening manner. A
website, faithmakesadifference.co.uk, enables teachers to select a route through the resources
which favours the heritage starting point of the children within their care. Lesson plans are richly
illustrated by films, stories and references to scriptures from all faiths. Non-religious world views are
also included. The approach also encompasses the needs of legally compliant acts of Collective
Worship. Teachers report that it helps deliver The British values as well as Spiritual, Moral, Social and
Cultural Education (SMSC). The presentation will set the scene for the Birmingham approach, and will
be richly illustrated with films, exemplars from classrooms and typical lesson plans.